Being a dog mother myself, my worries knew no bounds when my puppy’s pinkish paws started turning black as he grew up! With a lot of research, I came up with several answers for Why Do Dogs’ Paws Turn Black?

In this article, we will discuss:

Why Do Dogs’ Paws Turn Black?

Dogs have pinkish-black paws as they are born and change to black. The change in color of a dog’s paw can be because of walking and running on hard or rough surfaces. Other reasons include infection, allergy, constant biting, and licking, or major causes like cancer and tumor, identified by any lumps in their paws.

1. It Is The Natural Color Of Your Dog’s Skin

Dog paws may differ from black to white or pink. Or sometimes a dog might have all three combinations naturally. Some dogs may have naturally black paws from birth itself and it has got nothing to worry about.

2. The Outer Skin Is Getting Tough

As the dog walks and runs on difficult and rough surfaces each day, the paws tend to become blackish due to changes in its texture. The paws get tougher and easier for the dogs to walk on hard surfaces.

Thus, in a way, dogs adapt to walk on rough surfaces, and in the process of doing so, their paws tend to turn black.

3. Your Puppy Is Transforming Into An Adult Dog

A puppy undergoes a lot of physical changes while growing up and transforming into an adult dog. The paws getting tougher and blacker is the indication that your puppy has become an adult dog!

4. Your Dog Has Sensitive Skin

A possible reason for your dog’s paw turning black is that he has sensitive skin. Your dog may be prone to skin problems and may have skin irritations, rashes, and pigmentations.

According to PetMD, Pododermatitis is an infection that causes the paws of a dog to inflame and causes redness. It can be due to many reasons like allergies, infections, or any major reasons like tumors or cancer.

Hence, it is advisable to look into the paws more seriously and look after the dog accordingly.

The change in color on the dog’s paws can also be due to the constant biting and licking of the paws by your dog. The action can be due to many reasons.

It can indicate a dog being bored or being anxious. It also can mean something about its health like having allergies, dry skin, hormonal imbalance, parasites, or if not all these, you should understand that the dog is physically uncomfortable about something and should take them to a vet.

The blackness in your dog’s paws can also be due to bacterial or yeast infections in the dog’s feet.

Yeast infections are not contagious but can occur again and again if the underlying cause of it is not solved or eradicated.

7. Your Dog Has Developed Some Allergy

According to Dr. Katie Grzyb, DVM, allergy is also another reason we cannot overlook. Allergy tends to irritate the dog’s skin and can be a potential cause for the blackness of the dog’s paws.

Hence, in case your dog’s paws are turning black, and your dog is reacting differently to certain food items, or generally is showing a different behavior, you should consult a vet, and get him tested. This way, you’ll be able to rule out any underlying illness or any allergic reaction that your dog has developed.

How Can You Take Care Of Your Dog’s Paw?

Below are a few different ways that you can implement to take care of your dog’s paws.

Dog shoes or dog boots for the paws is probably one of the easiest and the best solutions to all the dog paws problems. This is the most selective solution for skin irritation and allergies for dogs. Hence, if you don’t want to be bothered by the question, why do dogs’ paws turn black, this is an effective solution.

A dog shoe can also provide additional support and extra cushioning for the dogs. The dog shoes will also prevent your dog’s paws from changing their texture or color while your dog walks on rough, hard, and uneven surfaces.

Check out these amazing dog boots that I found online! 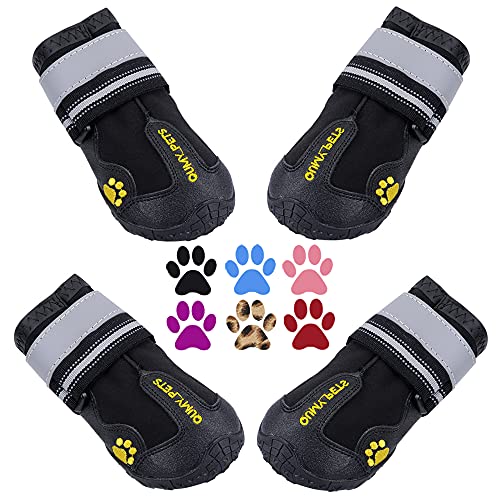 2. Trim Your Dog’s Fur Around The Toes

Take a look at this reliable trimming set for your dear dog. 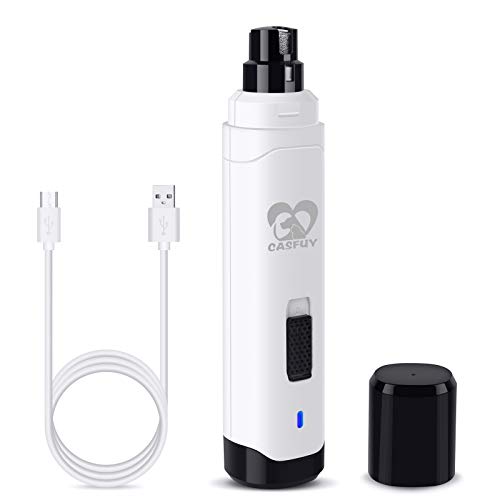 Similarly, if your dog’s nails grow a lot, it can cause uneasiness while walking or running and can also be painful. Hence, it is advisable to trim the fur around your pet’s toes and pads and also to trim the nails once in a while to avoid such a situation for your dog. Trimming and grooming your dog is an important task that should not be neglected.

3. Take A Routine Inspection Of Your Dog’s Paws

The overall health of the dog can be identified through its paws! It is also important to understand the health of the dog from its paws. Change in color in your dog’s paw can mean many things like allergic reactions, or even major underlying health conditions like tumors or cancer.

So, it is also equally important to have a routine check on the dog’s paws and its overall health conditions. This will help you to rule out any signs of allergies at an earlier stage.

Also Read: 30 Food Items To Never Give Your Dog

Many of the houses are floored with tile and laminate which are slippery in nature due to which your dog cannot walk or run properly in it. So, it is preferable to get anti-slip pads for your dog. Investing in an anti-slip pad can never go in vain.

It helps the dogs from slipping and sliding on the tile causing friction to their paws. This friction can also be one of the many reasons for having a blackish paw.

Try out this amazon anti-slip pad for your dog, and save his paws from turning black! 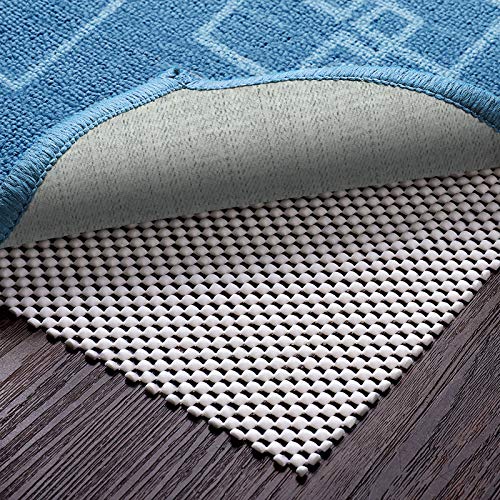 5. Prevent Your Dog From Licking Its Paws

You can prevent the dogs from licking their paws by distracting them. Maybe going for a walk, or distracting them with a toy, preferably a chewable one would be one step in avoiding the licking and biting habit.

Many times, excessive licking is also a cause of dogs’ paws turning black.

Another thing to avoid is the baby wipes. Baby wipes, when used on dogs tend to irritate their skin more due to the alcohol content present in it,  which causes them more to bite and lick their paws.

Also Read: Can you use baby wipes on dogs?

What Is The Normal Color Of A Dog’s Paws?

The normal color of the paws when a dog is born is usually pink or black. And it changes accordingly as the dog becomes an adult or starts walking and running through hard and rough surfaces.

It also changes according to the change in climatic conditions. The change in a dog’s paw can also mean about its overall health conditions which should never be neglected.

What Are The Differences Between Healthy And Unhealthy Paws?

Healthy paws in dogs are usually blackish or pinkish in shade. Paw pads are fatty tissues covered in pigmented skin mainly affecting the dog’s balance, shock absorbance, and many more other factors.

According to Dr. Leigh Burkett, DVM, an unhealthy paw can be identified through various symptoms in our dogs:

Why Are My Dog’s Paws Changing Colors?

Dogs’ paws change color due to many reasons. Below are the key reasons:

A dog’s paw is naturally pink or black once it is born. It is only as they age and grow the color changes, which should be monitored carefully.

Below are a few of the common reasons that can cause your dog’s paws to turn pink in color:

Why Are My Puppies Paws Pink And Black?

Pink and Black are the natural colors of the dog’s paw. Since they are puppies, there is nothing to worry about in the color of their paws. It is only when they grow up that the changing colors in their paws should be noticed and immediately taken care of.

Why Are My Dog’s Paws Pink Between Toes? Is It Normal?

It is not normal for the space between the toes of the dog’s paw to become pink. It can be an indication of any underlying causes.

According to PetMD, it can be because of any foreign particles being stuck inside and between your dog’s toes, which can irritate his skin. This can lead to your dog constantly licking and biting himself. The constant licking and biting can cause redness in the area between the toes.

Another reason your dog’s paws are pink between toes can be yeasts or fungal infections between his toes. This can also cause itchiness and irritation that urges your dog to lick and bite.